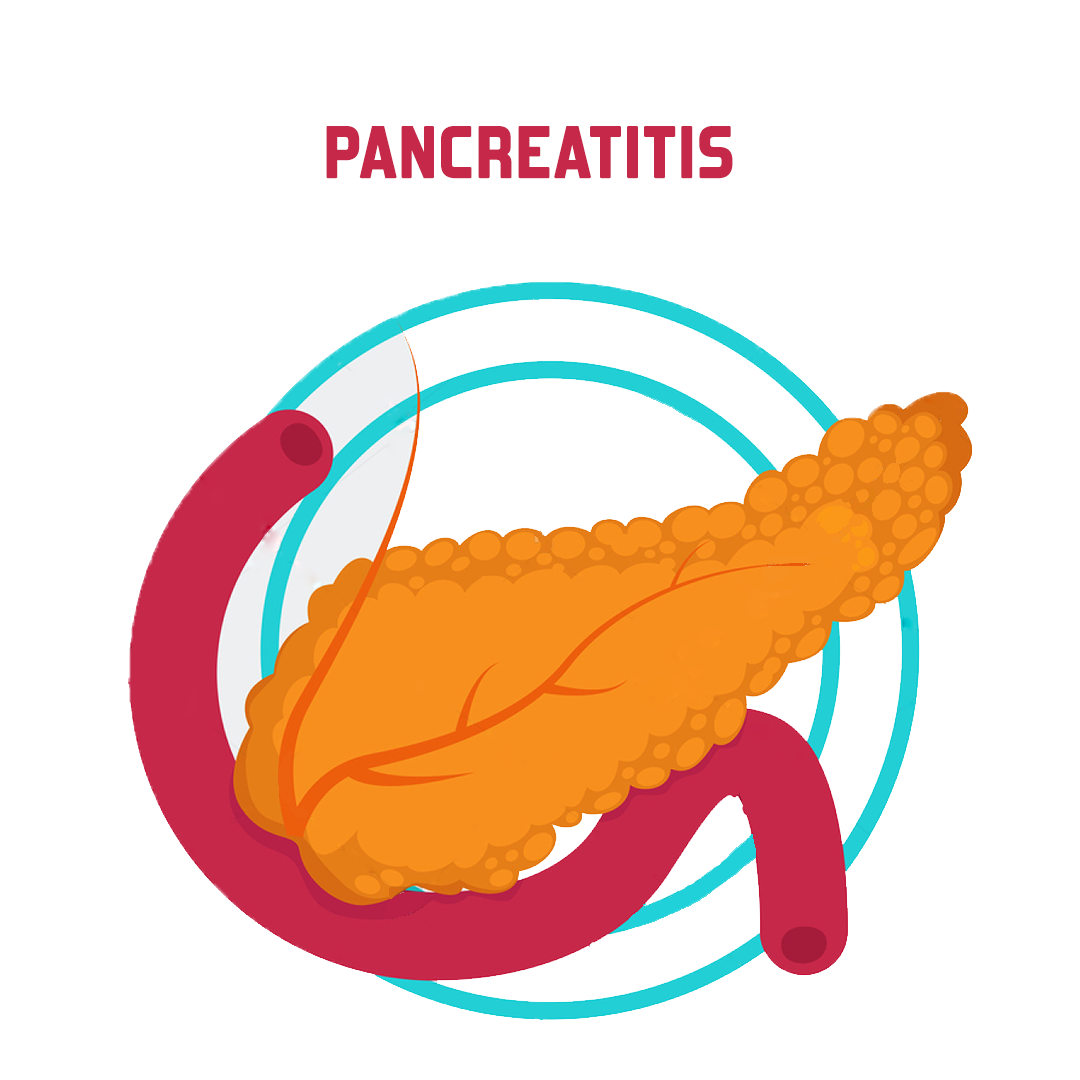 The Pancreas is a glandular organ located behind the stomach in the upper left abdomen and has dual functions.

Endocrine function - The endocrine cells of the islets of Langerhans produce and secrete the hormones insulin and glucagon, which act to lower and raise the blood sugar levels respectively.

Pancreatitis and its causative

When certain digestive enzymes get activated before their release into the small intestine and damage the pancreatic cells which result in the inflammation of pancreas known as pancreatitis. It can occur either as an acute infection (appears and lasts for a couple of days) or a chronic infection (over many years). About 80-90% of acute pancreatitis is by excessive alcohol consumption and gallstones. Other possible causes are medications, autoimmune diseases, genetic abnormalities, infections, trauma, metabolic disorders, and surgery. The long-lasting chronic pancreatitis most often happens after the episode of an acute infection. Alcohol abuse, high triglyceride levels, hypercalcemia (high calcium levels in the blood), abdominal injuries, smoking, cystic fibrosis, certain medications, etc.,

Signs and symptoms vary depending on the type of infection a person has. Symptoms of acute pancreatitis are,

The symptoms of chronic pancreatitis are more or less similar to that of acute infection. Diarrhea, weight loss resulting from malabsorption of food, bleeding due to anemia, jaundice, etc. Diabetes may develop if the beta cells of islets of Langerhans damage.

Depending on the symptoms doctors use the following tests to confirm pancreatitis.

Depending on the cause and severity of the symptoms, treatment may include: