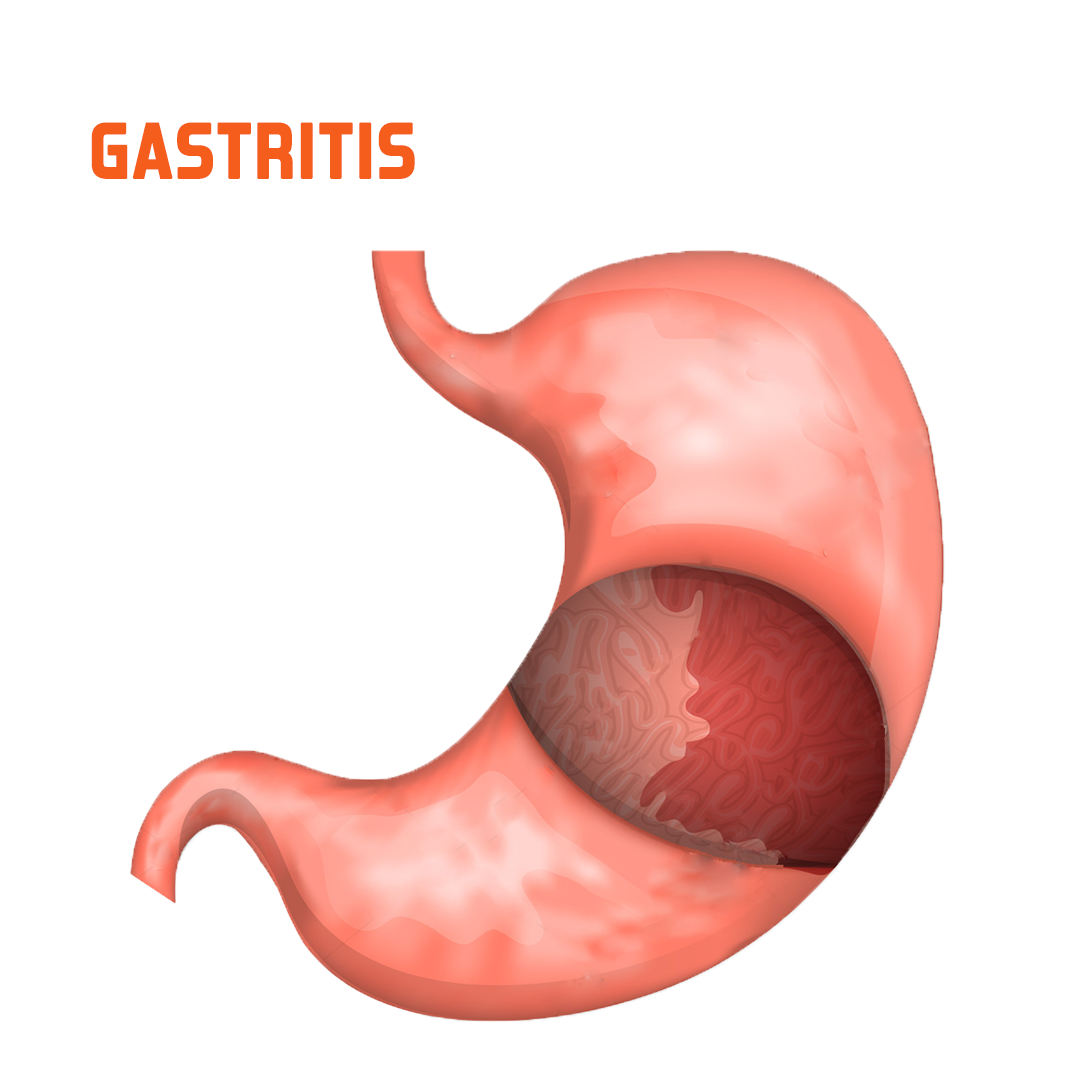 Gastritis is a very common disease which occurs when the lining of the stomach becomes inflamed. The condition can be acute (not with many noticeable symptoms and resolve in few days) or chronic (may stay in the body unnoticed for a long time, but complicate later on).

Our stomach secretes acid to aid the digestion process. Due to the corrosive nature of the acid, the cells in the inner lining of stomach produces a mucosal barrier which protects the lining of the stomach and duodenum. Gastritis may develop due to the imbalance between the acid secreted and the mucosal barrier, thereby damaging the lining of the stomach. The irritation can also be caused by an infection or a chemical reaction.

8 in 10 cases of stomach ulcers are known to cause by H. Pylori, a spiral-shaped bacteria that grow in the digestive tract and have a tendency to attack the stomach lining.

The anti-inflammatory medicines for arthritis, muscular pains, etc sometimes affect the mucosal barrier and cause the ulcer in the stomach. Other contributing factors are,

- In a condition called Autoimmune atrophic gastritis, the immune system mistakenly attacks the stomach lining and cause gastritis. This autoimmune reaction is seen in people already suffering from other autoimmune diseases like Hashimoto's thyroid disease or type 1 diabetes.

a backflow of bile into the stomach from the bile tract.

Unhealthy dietary habits, alcoholism, smoking, excessive use of cocaine, or any other drug, occasional fungal or parasitic infections, gastrectomy

surgical removal of the stomach, etc are few other risk factors.

Symptoms vary among individuals and in many people there are no evident symptoms. The most common symptoms are abdominal pain, bloating, indigestion, nausea, vomiting, gnawing feeling in stomach, loss of appetite, retching, etc. Vomiting blood, raise in heartbeat, shortness of breath, dizziness etc are seen in patients with chronic gastritis.

Antacids, H2 blocker such as ranitidine, or a proton pump initiator (PPI) such as lansoprazole or omeprazole are prescribed to reduce acid in the stomach.

for gastritis caused by H. pylori

like Sucralfate (Carafate) and Misoprostol (Cytotec) coats and protects the stomach lining thereby reduce the further onset of disease.

to help control nausea and vomiting associated with the disease.

The Doctor may ask patients to stop taking Non-steroidal anti-inflammatory drugs (NSAIDs) if they’re found to be the causative of gastritis.